Owner of The Wooden Spoon 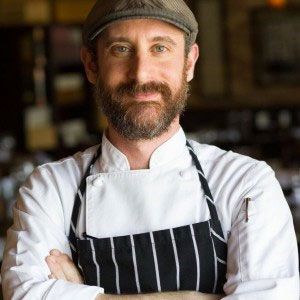 A graduate of the Art Institute of Los Angeles, Jesse A. Paul has been cooking in San Diego since 2000.

As the Chef and owner of The Wooden Spoon, Jesse uses seasonal, natural and locally sourced ingredients to prepare made from scratch comfort food. The Wooden Spoon intends to fill a void in Escondido, California for a chef driven farm to table community-minded restaurant. Previously, Chef Jesse was the Chef de Cuisine for Vivace at the Park Hyatt Aviara (formerly the Four Seasons.) Prior to that, Jesse served as the Executive Chef of Star of the Sea, where he was inducted into the Chaine de Rottissuers. Jesse also worked at L’auberge Del Mar as the Tournant Chef and Top of the Cove in La Jolla as the Sous Chef.

During his 19 year career in San Diego Chef Jesse has been awarded numerous accolades including: 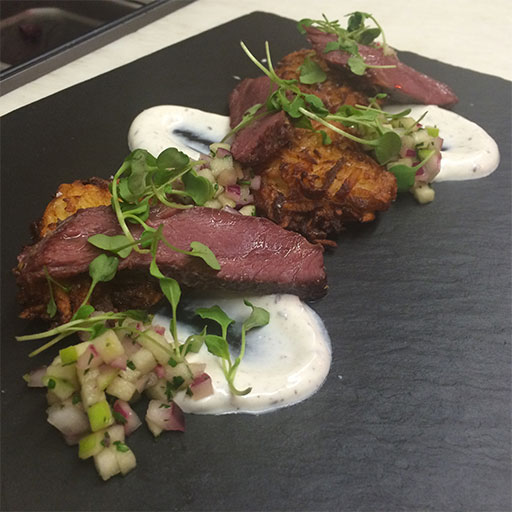 What I love about my Meglio Knives: 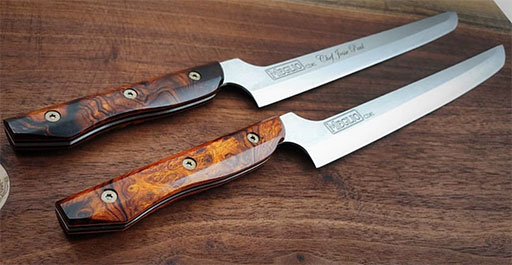 Meglio Knives has provided me amazing functional tools to aide me in the daily rigors of restaurant life. Anytime we as chefs can find a way to make our lives more accommodating towards our craft is a blessing. Having a knife that you can depend on day in and day out to perform and exceed expectations, well that’s all gravy! They are sharp… I mean knives can be sharp, but Melgio knives are lightsabers. 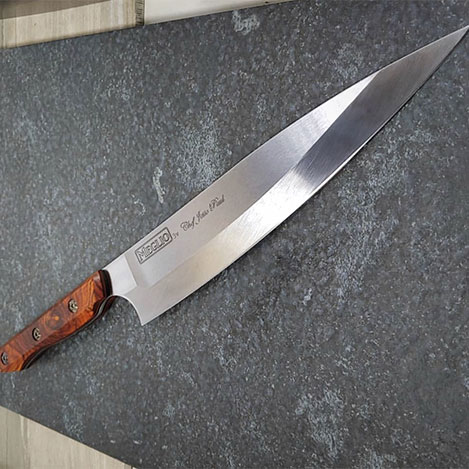 The metallurgy that goes into the selection process for the blades, to the edge work and the handle fabrication, it is fascinating. When I can find another artesian that puts as much love into their craft as I do, there will be a connection and a mutual respect. A definite pleasure to wield these bad boys!

You trust the chef to craft the food and passionately convey the flavors and textures on the plate. Trust Brandon to make you the best damn knife you will ever use!